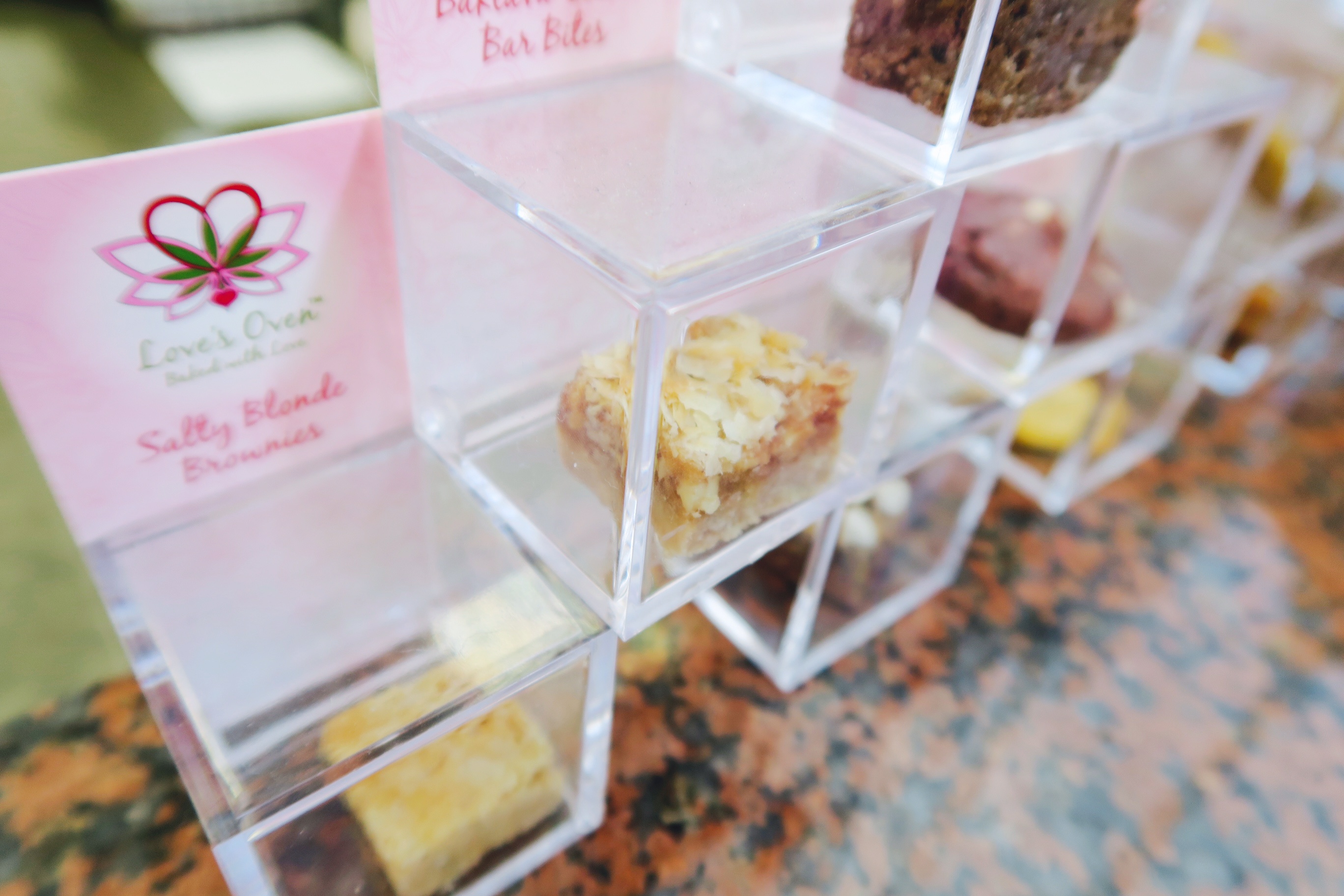 “Because It’s the right thing to do.” –Josh Nettles, Co-Owner 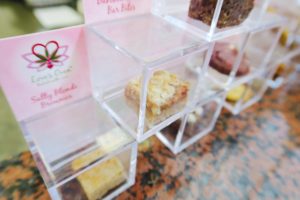 “Hey Josh (that’s my boss and the Team Maryjane president and founder), who should we feature this month?”

“Love’s Oven. I keep hearing about their badass-ness from dispensaries and budtenders. I guess they’re awesome.”

“Cool. Why are they awesome?”

I had no idea.

When I set out to write this blog, I thought, maybe I’d write a page on them, 500-600 words tops, maybe, certainly not more than that. After all, I’ve got other things to write! 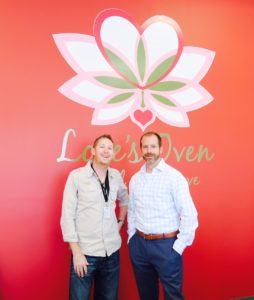 But then, things got bumped up a notch…

First, Peggy Moore, the CEO, agreed to an interview. Second, Josh Nettles, one of the co-owners, sends an email offering a tour for Josh Whitaker (the Team Maryjane founder…They are both named Josh!), and me!

So the next thing I know, doing a little research for a blog, turned into a resource, an education, a presentation, and an inclusion to be part of something wonderful…if only for a little while.

My interview was set with Peggy. She squeezed me in while she waited for her flight to Canada. She was scheduled to speak at a cannabis conference there and had a little while before she boarded her plane.

I suppose I should pause here and tell you who Love’s Oven is. In a one phrase nutshell, they are a cannabis-infused edible company (however they just started producing concentrates as well). But what’s interesting, is that they may just be the best one. (I can’t say that with absolute confidence as I haven’t been given (or asked for) such royal treatment from any other edible company who is, in all likelihood, truly wonderful, in their own regards, but…I’m not writing about them. So I don’t really care right now.) 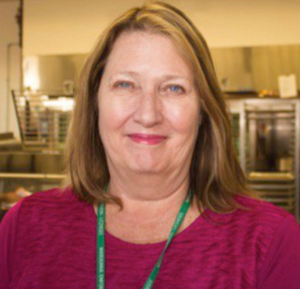 To which she answered with her story…

Once upon a time, Peggy worked day in and day out for an insurance company. She worked there for a very long time. It had been 30 years for her, in fact, by 2011, and she began to think of her life beyond her career there. What would that look like?

During this time, she had her regular massages scheduled with her massage therapist, Tamara, and she shared her musings for life beyond United with her.

Tamara, it turns out, had been cooking some fantastic tasty edibles out of her home kitchen. The regulations, however, were soon changing to disallow for Tamara’s set up. For that reason, she moved to a shared commercial kitchen space, but she was running out of steam and was thinking of selling her license.

Tamara was pregnant during this new partnership and ended up having a healthy, happy baby girl. Yay!

And then a month later she got pregnant again. Wow.

That’s a lot of babies all at once. Tamara already had her older autistic son and her new baby girl. When she had her son nine months later she found herself understandably overwhelmed with the needs of her very young children. With a baby in each arm, she asked Peggy to buy her out. 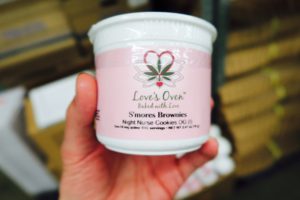 And that’s when magic started to happen. In 2012, Colorado still only had medical marijuana available. Competition was fierce. But Peggy was smart. She knew that recreational legalization was just around the corner. She bet on it. She applied for her recreational license and completed all the paperwork, seemingly before anyone. And she was right. In January of 2014, Peggy received the 4th Marijuana Infused Products Manufacturer business license issued by the State of Colorado for recreational marijuana. Love’s Oven was one of the first companies that dispensaries called to stock their shelves with edibles.

Peggy paused the story right here to highlight something. “You know,” she says, with airport sounds rushing behind her, her voice cheerful and calm, “We pulled in fifty-thousand dollars in 2013, but in January 2014, when rec. became legal, we pulled in fifty thousand just that month.”

“We could have done a lot more too.” She adds.

That’s a heck of a lot of love right there.

Chef Hope and her fabulous tattoo

Everything had to change. Peggy brought in her family, her two sons and her younger sister. Who have all since became part owners in the company. They expanded. They went from a 1,700 sq. ft. kitchen to an 8,500 sq. ft. facility. Peggy hired her first professional pastry chef. Chef Hope, famous for her dishes at Wolfgang Puck and other prestigious kitchens, wanted the Love’s Oven job—bad. She wanted the chance to start something new.

She even got a tattoo. (Although they are scheduled to change their logo in about a month—wonder if she’ll get a new one.)

Peggy had to hire more professional pastry chefs. They have around 5-8 right now and they can’t seem to stop growing. They outfitted their new facility with state of the art touch screen, humidity, temperature, self cleaning, and air lock controls. (Astronauts not included.) Everyone is in full gear, beard nets, hair nets, FDA code hand washing, and OSHA compliance too! Their kitchen looks like a science laboratory, run by intelligent, creative, passionate people. (Or maybe I should just say Mad Chefs?) 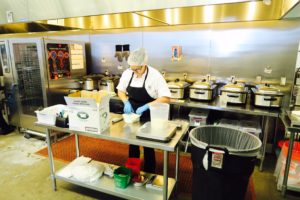 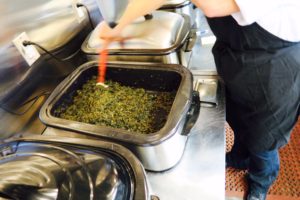 They’re pretty silly over there too. I mean, they named their refrigerators, Christopher Walken, Bonnie and Clyde. Their “Polin Multidrop Classic” from Italy, is aptly named Mario. Their press that takes the cannabis through four levels of filtration, is named Roger and has a picture of an alien on it.

I’m not actually sure how I feel about Roger. 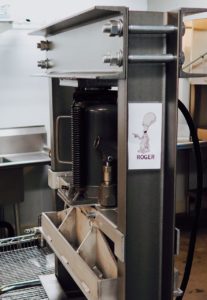 After all of this state-of-the-art science, I mean kitchen, equipment, I was surprised to see them hand cutting, measuring, and weighing their caramels. There was no machine named “Carmelita” or something. But, actually, I guess there is, and she costs $40k.

But between you and me, I doubt that’s too far off. This is true especially considering that their whole executive team reinvests the profits back into the company. They also forgo any holiday bonuses…and do what with them instead?

Take a family vacation? No.

Hire out a theater and throw a massive party for their employees? No. 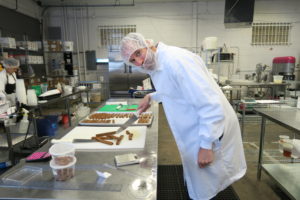 They even let Josh (TMJ founder) hold a knife!

Each year they set aside a good chunk of money to support causes they believe in. They’ve given to epilepsy foundations and child reading programs. They incentivize volunteerism and donations for all of their employees. They offer hours worked for hours volunteered, or non-perishable food donations. “Why?” I asked Josh.

“Because it’s the right thing to do.” He said, without skipping a beat.

When being given the tour of their radically amazing super fantastic facility, many of my questions were answered that way by Josh, “it’s just the right thing to do.” He said. A lot.

Think about that. That means something.

In most situations, we know what the right thing to do is, but we often don’t do it, because it’s just way too hard. So, when an individual or a company takes a committed stand to “do the right thing,” that’s a way bigger deal than a cute turn of phrase.

This is probably the biggest foundational business value that we took away from our time spent. Consider, they spend extra money (a lot extra) to triple package all of their edibles. They don’t have to do that. That isn’t required. But they do it anyway, “because it is the right thing to do.”

Josh tells me, “if you open your cookies and stuff them in your bag to go snowboarding or hiking or something, now you just have cookies in your bag. That’s not safe.” Each of their items is packaged in opaque packaging with precise dosage listed, strain specific, and a description of the product. You open it up. It’s sealed. You break the seal and each cookie, brownie, or caramel, and it’s individually packaged in a clear container with the same important information on it.

Safe for you. Safe for others around you —the right thing to do. 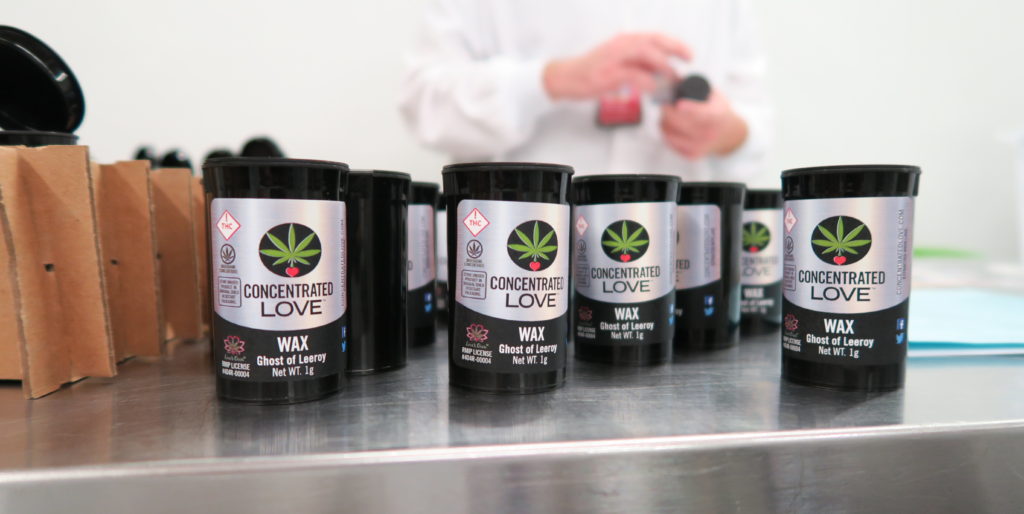 They’re not just into edibles anymore! 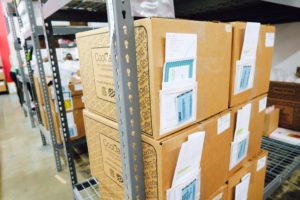 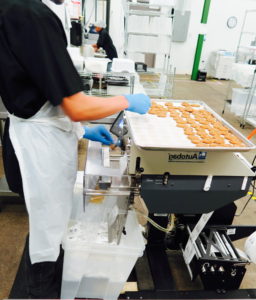 So Peggy, and Josh, and Teresa, and Walter, and Chef Hope, and all the rest, seem to know what they are doing over there. I trust them. And that’s impressive…

Way to go Love’s Oven. You certainly made it to the top of our list.