“Your dad has cancer.”

But’s he’s only 67. He’s lived a healthy life. This can’t be happening.

Chemotherapy. We have to kill the cancer and try not to kill him.

His father sits in a chair while a bag full of poison dripped steadily into his veins, trying to have hope whilst losing his hair, cramping, and vomiting. Our collective human nightmare. No one wants this.

We could look into a nutritionist.

“Isn’t it a bit late for that? He has no appetite. He can’t keep anything down. You’re killing him!”

Martin’s father sadly passed away after a horrific last month of life. He went into the hospital no less than a dozen times in those 30 days: a heart attack from toxicity, toxic effects, and on, and on, and on, until no more. 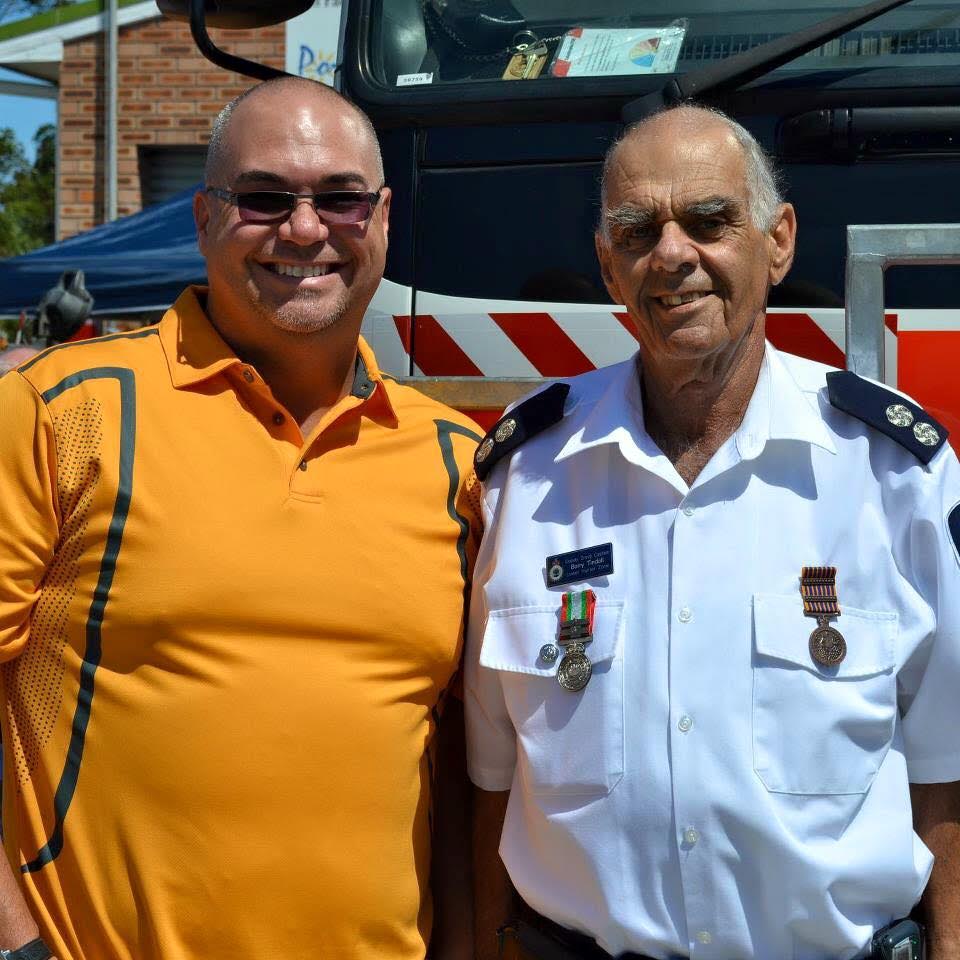 Cause of death: blood poisoning.

It wasn’t even the cancer that killed him, it was the “medicine” that was supposed to save him.

He has to give the news to his family. The hardest, will be his daughter. He braces himself. He reaches out for his daughter’s hand. He gives it a squeeze, both for loving reassurance and to keep his hands from shaking. He takes a deep breath to brace himself and tells her the most difficult thing he’s ever had to say to her.

His daughter looks up at him, eyes panicked and full of question, after the news…

“Yes, sweetheart.” With another loving squeeze of his hand.

“Are you going to be next?”

And he burst into tears.

Martin’s world shifted at that moment and a new life began.

The strength of Martin’s father, the trauma of his miserable and needlessly painful death, stirred a courage inside of Martin, like a phoenix rising from this ashes. He was not going to let this happen. He was going to stop it. Somehow.

Martin began combing the research for other treatments for cancer. Were there any?

Up long nights and into the days, never resting through his grief. He found something. Time and time again, he kept stumbling over it, but was hard to accept. He never would have guessed that he would inevitably stumble upon the real and true efficacy of cannabis sativa, more commonly knows as marijuana.

The answer had been there all along, but Martin, along with most of us, had been blind to seeing it for what it really was. Blind because we weren’t supposed to see it at all. It wasn’t supposed to be true. But there it was, growing like a weed. A weed to help our planet and our people, to ease our suffering, to ease our pain.

Phoenix Life Sciences arose from this monumental event for Martin and is our feature this month for Cannabis Companies on the Rise. This company “on the rise” has many, layered meanings, all of them inspirational, tremendous, and real.

Pay attention. This is like nothing you’ve ever heard of before. Martin’s father died just in 2013 and since that time Phoenix has spread its wings and is developing multiple locations in the U.S., Canada, Australia, Germany, and a developing nation in the South Pacific. They have investors and interested parties that span the globe, lending the true potential to make Phoenix a billion dollar industry in a few years time. Take note.

But that isn’t what makes them different…

You already know what that “but” means. We all already know that isn’t how it works. It might as well be a fairy tale. That doesn’t exist. It just doesn’t. You know, “reefer madness” and all that.

Part of what makes Phoenix Life Sciences so different is that they’ve put their medicine not in jars on dispensary shelves, but in the modes of delivery that physicians are used to working with, and…

…In the hands of the doctors themselves…

For this reason, Phoenix has built solid relationships with prominent physicians in a diverse array of fields: pain management, autoimmune disorders, oncology, neurology, orthopedics, and so on. They went directly to them and asked specifically what would be needed in order to feel confident prescribing cannabis as medicine to their patients that could benefit from it…like Martin’s father.

The doctors overwhelmingly reported that they needed it to stop being so unpredictable. They needed well researched and validated product, consistent dosing, no supply issues, perfect quality control, and with different modes of transport. You know, like all the other medicine out there.

Martin jokes, “who’s ever heard of banana flavored benzo’s? Or orange flavored opiates that you just pop in your mouth and hope for the best?”

So Martin and his team gave the doctors exactly what they asked for. 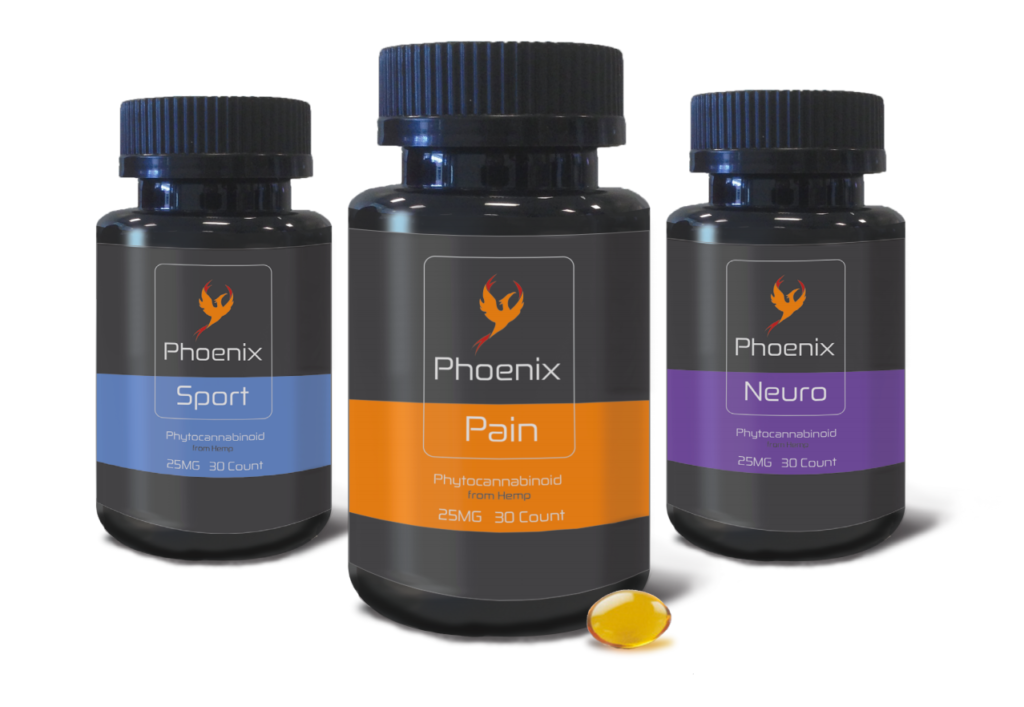 They specialize in precise dosing of certified organic CBD in an array of medical delivery methods. It’s all from certified organic industrial hemp, which is legal in all 50 states and sold internationally. They offer gel caps, transdermal patches, sublingual spray, suppositories, and even oral melting strips.

This is phase one.

Martin has met with the former head of oncology of the Mayo Clinic who said that the industry needs current research to bring cannabis to mainstream pharmaceutical companies. So what is Phoenix doing? They’re applying for schedule 1 research designation so they can do just that. How’s that for getting around FDA scheduling? Just work with it, says Martin.

They aren’t messing around. This is the real deal. Phoenix is now rapidly expanding. It’s gaining investments, awarded grants, and getting support from all who learn of them, because they are that good.

I was even lucky enough to hear of Martin’s story, his father’s story, first hand. It is a mission from the heart, taken over by sound logic and centuries of anecdotes and decades of research. It sets a true standard for modern extraction and infusion of a plant that has always had power to help so many.

And lastly, it isn’t too late for us.

This is a legacy of love, of courage, and of hope. Martin made his daughter a promise after all, and by all means, he aims to keep it. He won’t be next. And we should all be paying attention. It could save our very lives.

We at Team Maryjane, thank you for reading…