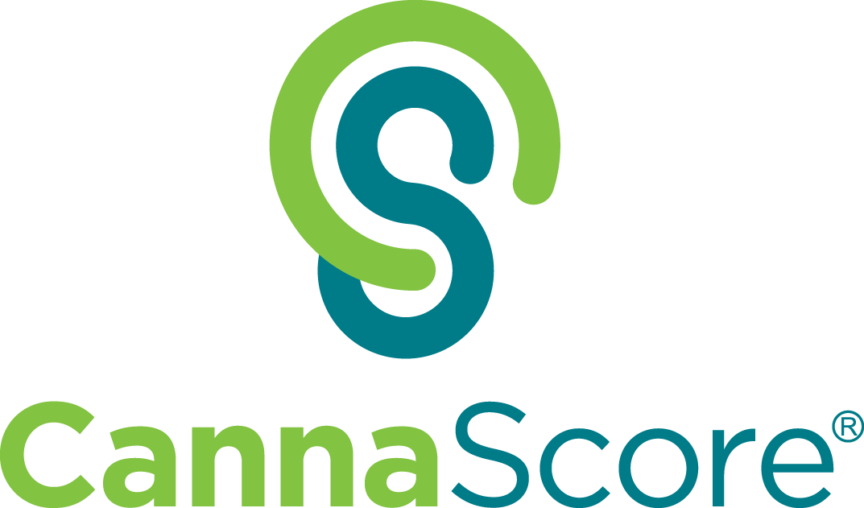 Cannabis Software for Your Dispensary

This is a true story. 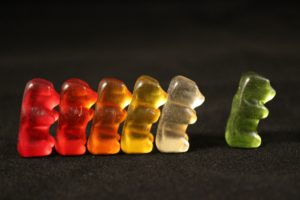 A group of 21-year-olds, planning their first trip to a marijuana dispensary. Will they try some edibles? Buy some flower? Perhaps simply check out their selection? Basically, it’s Christmas, a birthday, and New Year’s, all rolled into one. Kids in a candy store.

At this point, the licensed receptionist in the marijuana dispensary sees what this is, a group out celebrating. The group is palpably excited. All smiles. It’s infectious. Fourth ID, 21. Fifth ID, darn it. The scanner glitches out. The receptionist looks at the ID. It looks like all the rest. They’re all here together. It’s state issued. Nothing clues the receptionist in that the ID could be fake. They look at the year, and it’s the same year as the others. They look again at it again, make sure it’s the right person, right picture, quizzes the patron on their address. The patron gets it all right. The receptionist tries the scanner again, but it’s still down.

All of this is on camera of course. The scanner issues, the obvious trepidation by the receptionist, the long pause.

The receptionist lets them in…

And boom. The law has just been broken. Shit.

The patron they let in was indeed using a real ID, and knew their address, and it was their picture, and they were within days of turning 21. The receptionist just had the date wrong, but technically, the would-be patron was still under the legal age of purchasing cannabis products.

Now, what I’m about to tell you, they did indeed do. It was greatly emphasized to me, however, that it’s the very least of what they do, and it was an extenuating circumstance. But it’s pretty remarkable.

Of course I’m going to tell you how. Just hang on a second.

Canna score is not a cannabis software business focused on remediation, but they are on your side. They do fight on the side of ending cannabis prohibition nationwide and want business owners to succeed and thrive. That’s what they do.

They started out as cannabis dispensary owners—Dank dispensary to be specific—in the cannabis industry since 2009. They were one of the very few dispensaries open for medical and then, on day one, for recreational.

But they’ve had some challenges. No. 1 is the tedious, confusing, nature of staying compliant with laws, rules, and regulations surrounding cannabis products, dispensaries, and packaging. Some parts of cannabis legislation are actually impossible to comply with, as the demands and what it takes to meet them, do not yet exist, like certain packaging at that time.

They wanted their dispensary to be compliant. They tried really, really, really hard to be. They were doing manual audits on themselves with cumbersome spreadsheets, filing cabinet after cabinet with documentation. They thought, there must be a better way. While the job of compliance officer exists, there is no certification. There isn’t licensure. Heck, there aren’t even any classes you can take.

If marijuana dispensaries are lucky, they can fill the 40-50K job a year, paid out of their pockets, to hire a paralegal or some other expert in law. Unfortunately, it isn’t cannabis law, and given that it is always changing, things fall through the cracks. Maybe a label is missing on a product, or a special kind of packaging, while attempting to be childproof, actually isn’t. These infractions can end a cannabis business, or certainly result in heavy fines. It’s actually easy for a dispensary without the right cannabis software to rack up 50-100K of fines in just one year of infractions like this.

For many dispensary owners, that can mean death to the company.

So Justin Jones, Greg Gamet, and Brian Sullivan, the company’s core members decided to start something new, and help others in the process. They worked tirelessly to construct cannabis software that allowed for the most effective way to streamline the tedious process. As they progressed and changed, they made the smart move and hired expert programmers in the areas of hazardous materials and compliance, as well as regulatory experts and a statistician, and simply decided to set the cannabis software industry standards themselves.

And I know, you still want to know how they saved that dispensaries life, and I’m getting to that. Promise. It’s almost there.

CannaScore® provides real-time compliance software for their licensed vendors like Denver Consulting Group, MRM Compliance, and iComply. This software is for banks knowing about secure investments, for insurance companies wondering if a particular dispensary will be in business in a year, for real estate agents knowing if a property is a good idea, for landlords to know their space is in good hands, for government to know what businesses are doing what they’re supposed to, and of course for licensees…to stay in business and succeed.

CannaScore® wants vendors to stay prosperous. To do this they are diligent, thorough, and precise with their audits. When a vendor requests a one time audit with them, or a quarterly one, those marijuana dispensaries know exactly what they need to do to be, and remain, compliant. They even get a score.

The scale is 500-1000, much like a credit score. It takes 900 or above to get on their “approved vendor” list, a lot like the Better Business Bureau. And let me tell you, if you are a cannabis vendor, you want to be on their list. It could save you multiple thousand’s of dollars, it could save your business, and most importantly, it’s just the right thing to do. 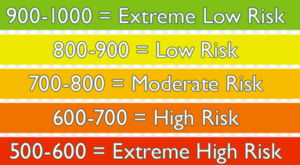 You see, inspectors come in at random, as they should, and if a vendor isn’t up to compliance, that’s it. The folks over at CannaScore® tell me they’ve had some client’s with their estimated fines up to half a million dollars. Yikes.

The average is 50-100k of estimated fines which is still pretty scary. They are trying to reduce this number for all involved. With the help of their statistician they created a scoring system, the “CannaScore” and businesses can pride themselves on keeping up to code, to keeping up with compliance, to keeping up to safety.

CannaScore® cannabis software is doing such a good job that their own marijuana dispensary, Dank, mentioned earlier, has been toured a number of times as a shining example of how a cannabis business should be run. They’ve been toured by the Marijuana Enforcement Division, the Oregon Liquor Control Commission, and even the governor of Colorado, to name a few.

Still wondering how they saved that should-have-been-closed cannabis dispensary we started out with? CannaScore® offered them quarterly audit reviews, and the dispensary said yes (!!) and met all of the standards with a smile and a nod. And basically, because of CannaScore’s® reputation, that dispensary didn’t have to shut it’s doors—that time.

Like I said, however, their job is prevention, not remediation, as in the case of of the dispensary in the story, but a 50-100K fine is enough to be death to a vendor regardless. 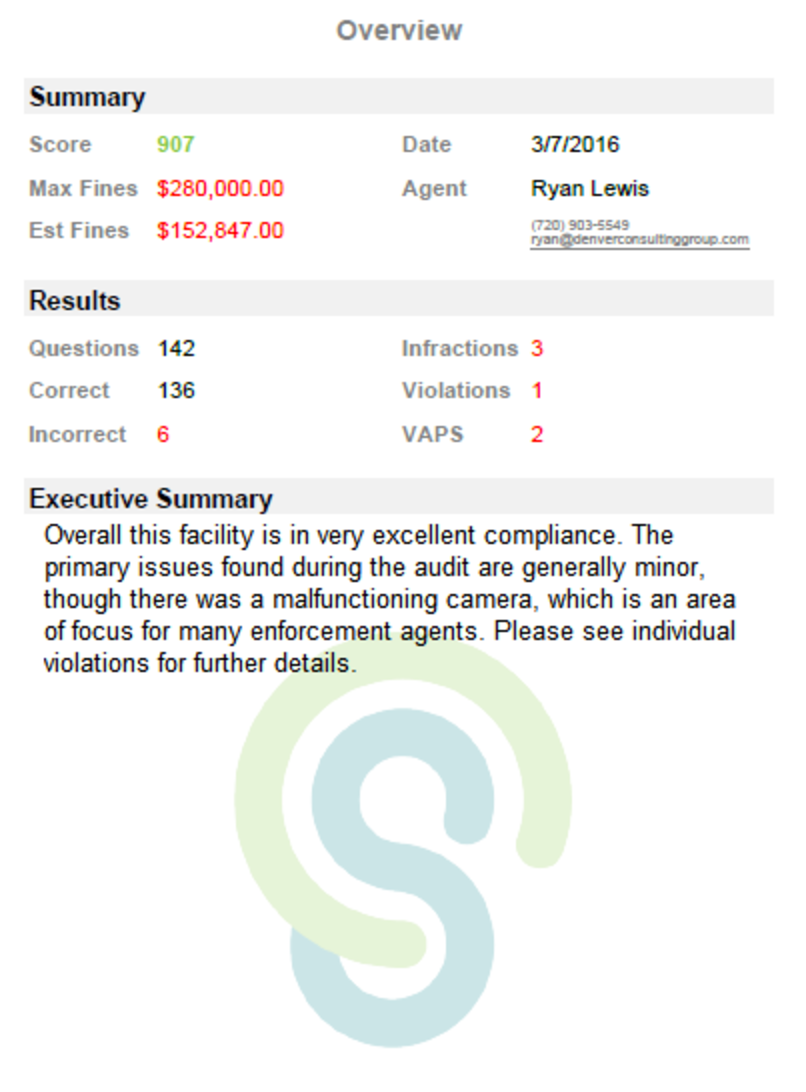 While their business is compliance software, (at only $250 per audit I might mention—hello multi-thousand dollar savings), but what they really do, is keep businesses thriving and the community and its patrons safe within the standards set. That isn’t cannabis software. That isn’t an audit.

That means jobs, livelihoods, access to medicine, futures, hopes and dreams are being protected and in the right way, with a company that isn’t tied to law enforcement, that’s way more affordable than they could be, that owns a cannabis vendor like their customers, and is a company who stays in business, when their customers do.

Lastly, I’m told that only in the last few months they’ve just released their CannaScore® software for cannabis businesses to manage their own compliance. Yay! That’s such a good idea! And, for a limited time, while they add in their credit card processing system, they are offering it for all cannabis businesses for FREE!

Sounds pretty awesome doesn’t it? That’s why we decided to make them this month’s  Team Maryjane Customer Spotlight—because they’re amazing. Look for the CannaScore® sticker in your vendor window, it means a lot more than you might have realized.

*And look! They’re even in the news this week.